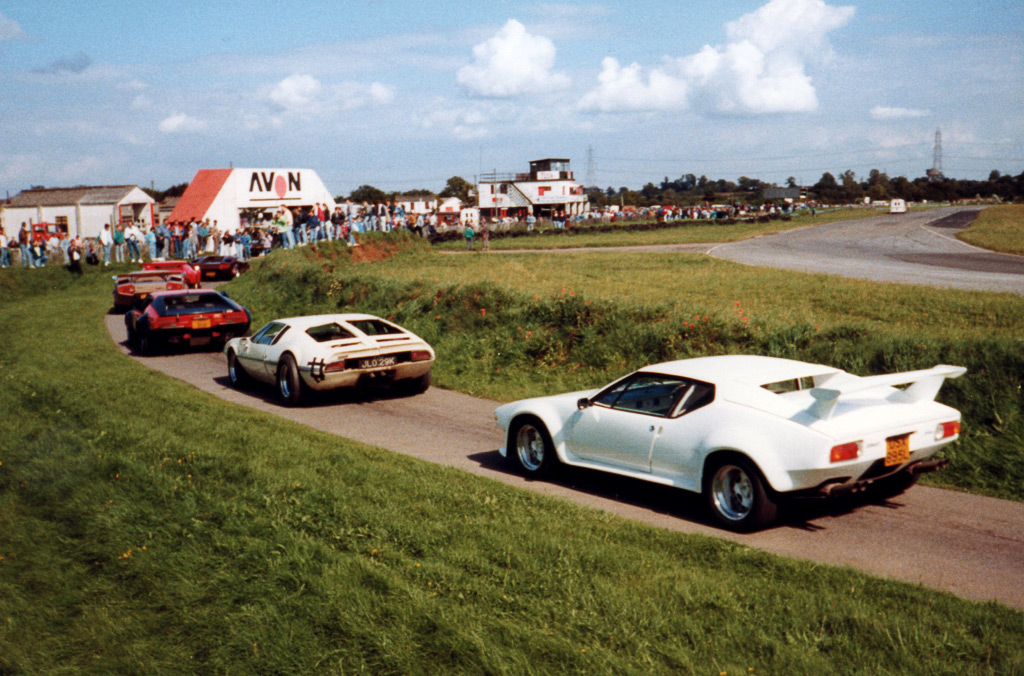 When I was young, I remember a friend’s dad taking us both to Castle Combe to spectate at a track day organised by the De Tomaso and Lamborghini Owners Clubs, in conjunction with a car magazine – I think it was called World SportsCars.

I have recently scanned in some of the photos I took at the time, and from the registration plates on the cars I think this was likely to have been in 1989.

As a young teenager at the time, it was a pretty amazing experience, and I remember seeing my first Westfield there. It obviously struck a chord, as around 2 years later, at the age of 16, I bought a Westfield SE kit which I then spent the next 2 years building and then went on to race.

Obviously there were a fair number of De Tomaso cars there (mostly Panteras, but a couple of Mangustas can also be seen), as well as a number of Lamborghini Countach. Also spotted were some lesser-spotted rarities such as a BMW M1, and a Lister Jaguar XJS.